MANCHESTER, NH – Empty buildings with “For Lease” signs posted. Previously-occupied business spaces now empty for months on end, with no one willing to occupy that space. These sights are becoming increasingly common in Manchester – and not even solely as a result of the pandemic. Some businesses have struggled to stay open, while others have taken their business out of town entirely.

In January of 2020, Oracle ceased business operations in Manchester after beginning a series of layoffs the previous year.

This came after a 2016 acquisition of Dyn, an internet cloud service company. At the time, an official statement was given suggesting that nothing would change significantly in Manchester. Four years later, the company had moved out of town.

In March of 2020, Portland Pie abruptly closed its location on Elm Street over the weekend with no prior notice to its staff. (https://www.wmur.com/article/portland-pie-company-closes-manchester-location/31196728) Workers who had expected to show up to work suddenly found the doors locked against them, their employment and stable income gone. Mackenzie White said she had been hired as a manager two weeks prior to this. Around 30 people were left unemployed.

Since its closure, no other business had occupied the space on the corner of Merrimack and Elm streets. Portland Pie’s signage remains up, just as it always had been. If anything, the company appears to have gone on hiatus and will return soon.

Yvette’s Convenience Store on 250 Laurel St. suffered a similar fate, though in a less public fashion. Having opened in 2019, Yvette’s served homemade food for lunch, and had items one would usually find in a convenience store.

Now, despite the efforts its staff and the quality of its food, the store has been shuttered. A “For Lease” sign has been posted on the property for some time, and no one has stepped up to open a business there.

Businesses at the Amory Street plaza have closed as well. Good Still at 275 Amory St. was a thrift store known for its tools, videos, video games, and electronics. Machines of various kinds would regularly sit outside in the parking lot when the store was open. Bicycles could sometimes be found inside.

A gaming and hobby store called Wegga’s has also operated for some time in that same plaza. The owner, Gregg Dumont, closed the store to focus on his family and his day job of tech support.

A karate dojo had been tucked into the corner of the plaza; it, too, is gone. Only Golden Tao and Crosstown Convenience stand out in the once busy plaza.

Added to this, COVID-19 has given businesses complications in the form of temporary closures. In addition to the short-term COVID-19 related closures for “precautionary measures” that it seems most every restaurant has experiences, the pandemic did prompt the closing of Matbah early on, and Republic, which merged with its sister restaurant, Campo Enoteca.

Larger franchise stores have opened and have enjoyed success. A Family Dollar store recently opened on Maple Street, and continues to do business. New Hampshire’s first Golden Corral opened on August 17 after a pandemic construction delay, and remains open. Same for Diz’s Cafe opened early this year on Elm Street next to the Bookery (which has also remained open for business with some modifications).

It’s impossible to see what 2021 will mean for business in the Queen City. But for those who have closed or moved away, only empty space and signs of the times, with a real estate representative’s phone numbers, remain.

Winter Trabex is a freelance writer and Community Voices contributor for the Inklink. 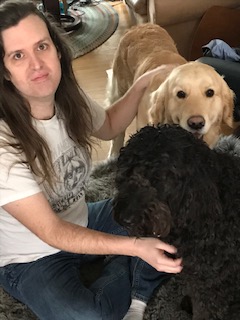